Why Is A Face So Fast? 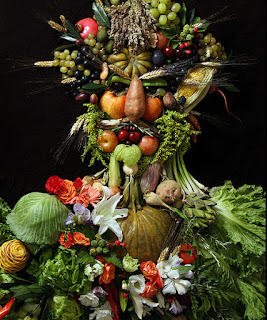 It takes a little more than three days to get from the earth to the moon.

It takes between 24 and 72 hours to digest a meal.

Your Google search is retrieved in about 200 milliseconds.

In only 100 milliseconds your brain recognizes a given lump of color and shape as a face.  70 seconds more and your brain will tell you whether know that face or not.

The brain is really good at recognizing faces.  The question is--why?

A view of the mind has emerged in recent years that suggests the brain is less like a meat computer and more like a meat app-store.  We aren't born with some tabula rasa of grey and white matter that we can program any old way we want.  Instead, our brain comes pre-installed with a number of modules for stuff like learning language, analyzing visual inputs, and yes--identifying faces--modules that are mostly hard-wired.  And really good at what they do.

So why is one of our modules devoted merely to identifying faces?

Humans are a perversely social creature.  We are more likely to live and die because of another person than because of any other factor.  Out there on the red-in-tooth-and-claw ancestral veldt I know that if I see Bert he'll buy me a pizza because he's cool.  But if I see Bobby I should be wary because Bobby likes hitting my head with rocks.

So it's important that our brains devote a huge amount of care to figuring out whether that lump of pink over there is a pig or OH MY GOD ITS BOBBY RUN GUYS RUN!

Sorry.  False alarm.  Not actually Bobby.  You see, sometimes the machinery of the mind goes wrong.  Usually what happens is that our face-finding module is set a little bit too high, so we like to find faces in places where faces just aren't.  This is called pareidolia and it is awesome.

Sometimes our face-finding module is set too low, or even turned off entirely.  Some of Oliver Sacks' most evocative writing is about people who suffer from a disorder called prosopagnosia, the inability to distinguish a face from the other mass of color and angle that splatters the visual field.  For them, a face isn't a face, it's just a vaguely face-shaped object.

The more we understand the brain, the more amazing even our simplest actions become.  So this Friday night as you and your friends indulge in your post-employment toasts, remember that merely to recognize that your friends are your friends takes thousands of years of careful evolution.

And watch out for Bobby.  I don't trust that guy.

If you're curious about the modularity of the mind, here's a fun video explaining it all.