Three Stupid Things The Internet Did NOT Invent 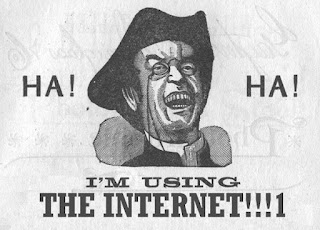 When visionary futurists imagined the internet, they pictured artists and intellectuals from every corner of the world exchanging ideas in order to enlighten mankind and further science.  They would not have dared predict our obsession with cats and fruit-based headwear.

Today we will be looking at three stupid things the internet invented, and how the internet did not actually invent them.

If a far-advanced civilization should find the internet in some future eon, it will think that our culture, economy and religion were all cat-based--or at least cat-dominated.  We have cats looking like Hitler.  Cat-bonsai.  Even a cat-based bible.

But pictures of cats have been captivating people long before that.  People were embarrassedly snickering at cats doing stupid stuff way back in the 1870s! 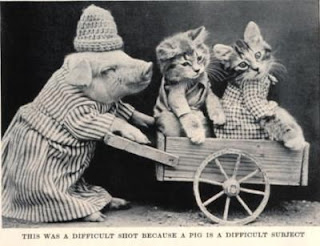 An early British photographer named Harry Pointer shot hundreds of pictures of cats looking funny a hundred and fifty years before I Can Has Cheezburger ever even registered for a domain name.  He was followed by countless other funny feline photographers, including Harry Whittier Frees--who one-upped Mr. Pointer by dressing the animals up in silly little costumes.  Behold the inevitable march of progress.

People Making Fools Of Themselves
Nothing makes a person feel better about their flaws--their love-handles, their propensity for jokes no-one understands, their trivial blog devoted to obscure miscellania--than watching another person make an even bigger fool of themselves.

Let us now propose the Karaoke Rule.  This rule has two axioms.

But choral cruelty neither begins nor ends in a 13-year old's YouTube comment trolling of a Tay Zonday video.  No.  Back in the early years of recording--and we're talking super early here, like 1900s, when vocals were still pressed in little wax cylinders--music aficionados found the worst opera singer in the entire world.  She had no pitch.  She had no rhythm.  Best of all she had no clue she wasn't awesome.

They made her into a star.

Her name was Florence Foster Jenkins.  She dismissed the laughter of the audience as mere jealousy.  She kept on performing ridiculous, atrocious, utterly hilarious renditions of operatic classics until her death at age 76. 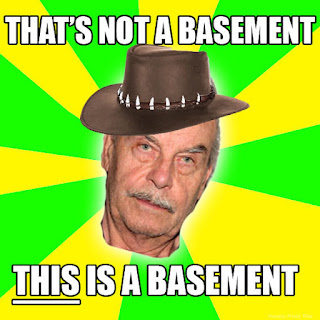 From attempting to send Justin Bieber to North Korea to insisting that basement rapist Josep Fritzl is from Australia and not Austria, the internet gets its lulz wherever it can.

But the past even has its own trolls.  Legendary radio raconteur Jean Shepherd did one of the greatest trolls of all time--before the word trolling was ever coined.  If you have the time, click on the link and listen to Shep tell the story himself--it's really worth it.

To those who don't care to listen to FORTY-TWO MINUTES OF WONDER AND EXCITEMENT AND LAUGHTER, I'll boil down the story as best I can. 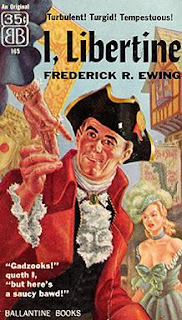 Shepherd was a radio personality who commanded the ears of a loyal army of listeners.  With his insomniac army--which he called the Night People--Shep played a prank so big it got into the New York Times Bestseller List.

The prank was called I, Libertine.  Shep encouraged his listeners to go into every single bookstore they could and request a book that did not in fact exist.  Together they came up with a title--I, Libertine--an author--Frederick R. Ewing, an expert on 18th century erotica--and a plot.  Thousands requested the book at local bookstores.  Some manufactured counterfeit cards for it at local libraries.  Another wrote a book report on it, and got a B+.

Bemused book-sellers called publisher after publisher trying to find out how they could get this new hot title I, Libertine--and no one knew!

Eventually the hoax was traced back to Shepherd and his army of night people, a writer was commissioned, and an actual I, Libertine was proudly foisted on the world.  Where it did it become a best-seller.  A real best seller.

Remember folks, there is nothing new in this world.  Not even memes.
Posted by Unknown at 6:36 AM