Learning Today: May 18th 2011. Bitcoin. The Eminent Future of Currency? Libertarian Pipe Dream? Finally A Way To Buy A Tab Of Acid Online? 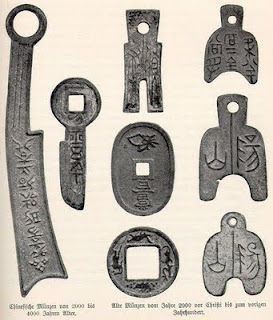 In the beginning, if you wanted stuff you had to give someone else stuff that they wanted. I want your goat, I have to give you twenty-five turnips. If you don't like turnips, tough cookies for me. Or tough turnips. I don't get your goat.

Slowly, and perhaps inevitably, people chose a particular good to exchange better than all other goods. It could be cowrie shells. Or barley. Or whiskey (in Revolutionary Era-America.) But the grandpappy of cool stuff to swap was gold.

Gold was nice and shiny. It didn't rust or degrade. And it was relatively light. This made trade a lot easier. If I want your goat, I don't need to bother with whether or not you want turnips. I can sell my turnips for some gold, give you that gold, and you can give someone else gold for that iPod touch you've been eyeing up.

But there was a big problem with gold: there wasn't enough of it. People wanted to trade, but they couldn't because they couldn't get the gold. People did all sorts of crazy things to get over the lack of gold. From the bill of exchange to the Ming banknote, getting over the problem of the scarcity of gold was troubling business. But what could you do?

Then paper currency came along. Paper currency was light, movable, there was (usually) enough of it. Soon people didn't really care about gold. And the world dropped the gold standard sometime during the Second World War.

We may be seeing a revolution in currency every bit as wild as paper currency. Say hello to BitCoin. The world's first electronic currency.

Could it really be one of the most dangerous things the internet has ever created? Even more dangerous than shock sites? Than Jay Beebs? Or is it all a bunch of libertarian hoo-hah?

I have no idea, because I just found out about BitCoin today. Via Waxy.
Posted by Unknown at 10:59 PM