Beefsteak: A Tradition I Can Live With

In today's Times there was a charming article on the Beefsteak, a sort of beef-orgy that started in New York around the turn of the century then drifted over to New Jersey when it got bored of New York. The idea of the Beefsteak is simple. All the beef you can eat served on rolls. And beer. And you don't eat the rolls, you just set them aside. Like counters. To prove how much meat you just ate. Here's the original 1939 New Yorker article, and here's a quote:

I went to the kitchen door and looked out. A waiter would go to a table and lay a loaded platter in the middle of it. Hands would reach out and the platter would be emptied. A few minutes later another platter would arrive and eager, greasy hands would reach out again. At beefsteaks, waiters are required to keep on bringing platters until every gullet is satisfied; on some beefsteak menus there is a notice: ``2nd, 3rd, 4th, etc., portions permitted and invited.'' Every three trips or so the waiter would bring a pitcher of beer. And every time they finished a platter, the people would rub their hands on their aprons. Sometimes a man would pour a little beer in one palm and rub his hands together briskly. At a table near the kitchen door I heard a woman say to another, ``Here, don't be bashful. Have a steak.'' ``I just et six,'' her friend replied. The first woman said, ``Wasn't you hungry? Why, you eat like a bird.'' Then they threw their heads back and laughed. It was pleasant to watch the happy, unrestrained beefsteak-eaters. While the platters kept coming they did little talking except to urge each other to eat more.

``Geez,'' said a man. ``These steaks are like peanuts. Eat one, and you can't stop. Have another.'' Presently the waiters began to tote out platters of thick lamb chops.

Doesn't that just sound perfect? The New Yorker wrote another piece on the eighty-five buck revival of the esteemed Beefsteak in 2001. The best part is when the assorted diners strike up an impromptu version of God Bless America, showing once and for all that patriotism is directly correlated to beef consumption. Now, dear readers, I have something to live for!
Posted by Unknown at 3:48 PM No comments:

Email ThisBlogThis!Share to TwitterShare to FacebookShare to Pinterest
Labels: food

Unseasonal heat struck us today, melting the ice and driving people to the fresh, snowy streets. I went out running and it was the perfect goodbye to the city I've learned to love. I'd run this route around the lake countless times in the summer, and had wondered whether I'd ever see it again. And today I got to do the run one last time, watching all my fellow runners and the skaters and cross-country skiers who'd taken to the lake. But the best part was when somebody yelled at me (I was dressed in shorts and a T-shirt, in the middle of winter) "Thats a real Minnesotan!
Posted by Unknown at 1:31 PM No comments:

One Quarter Of A Month With Brendan Mackie 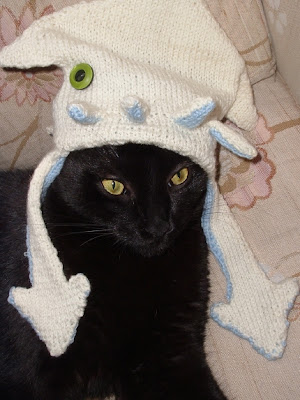 You know the drill, clickity click. Next week is my last full week as an Utne intern--oh no! But that means that my blogging energy will be siphoned off onto this little blog. I'm thinking of keeping up with the Utne-style blogging, with stuff that's more to my personal tastes, but I'm still up for suggestions, if you'd like to drop any comments.

Posted by Unknown at 9:49 AM No comments:

Email ThisBlogThis!Share to TwitterShare to FacebookShare to Pinterest
Labels: squid facts, this week in brendan

I Wanna Be Evil

I was listening to Hermitude's album Rare Sightings--and I kept on listening to this song called Nightsgade... it reminds me of this bit of Patti Smith babble when she's at the beginning of recording a track, and the band takes a hit at the first chord, but Patti stops them and murmurs all somnambulist-like: "Keep it really sexy, and like dark... like in a really damp cave." (It's Chicklets, off the albumRadio Ethiopia) and I never really understood what she meant, I just thought of something akin to an opiate high. But this song Nightshade was exactly that: sexy like a really damp cave--if you can believe that. What really haunted me was the vocal sample, a woman sings: "I wanna be evil... I wanna tell lies" and her voice, her longing desperate human voice echoes in that really damp sexy cave of a track and it sounds so lonesome you can't really do anything about it but put the track back to the beginning and listen again. With the beauty of the internet I found the source of that sample. Here it is:

Posted by Unknown at 7:20 PM No comments:

Email ThisBlogThis!Share to TwitterShare to FacebookShare to Pinterest
Labels: entertainment 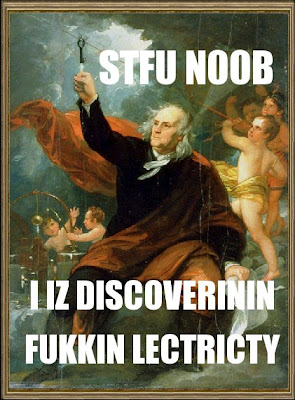 Image by me.
Kind readers of this blog will know that I am fond of a good hoax--or perhaps they have felt the tickle of suspicion once or twice? or maybe they live in the kind comfort of the doubtless. Anyway. I stumbled on a New Yorker essay on Ben Franklin's Poor Richard's almanac and--as befitting a book you can't likely talk about without mentioning two authors meant to have written it--it seems that the book was one in the long line of literary hoaxes perpetuated by Franklin. Maybe the literary hoax appeals so much to men like Franklin because, when you find yourself agreeable to people, able to hold yourself in conversation, able to spin a story with the ease other people breathe, you get great pleasure in lying. But when you lie to real-life people, you get hurt, and you hurt others. In print, about things people barely care about, it's a different matter. Twain was much the same way. When he and his friends got together he'd always gush and talk about how much they lied. Good old Twain. Good old Franklin. Those scoundrels in all their disseminating dishonest glory represent the best of this country: the lively, entrepreneurial, brash sort. We need more of them.

Found through Fimoculous.
Posted by Unknown at 4:08 PM No comments:

Here are the stories from this week. Why don't you drop a comment or two? Or read them? Or send me pancakes?

Email ThisBlogThis!Share to TwitterShare to FacebookShare to Pinterest
Labels: this week in brendan

Holy cow, this is the funniest thing I've seen in a long time. Maybe just because of the reference to Final Fantasy 3. But regardless. I think that this single video is the essence of the internet: snarky, obscure, and totally funny if you are one of the 2% of the adult population who get all the jokes.

Here's the website--with better quality videos, too.
Posted by Unknown at 7:04 AM No comments:

Email ThisBlogThis!Share to TwitterShare to FacebookShare to Pinterest
Labels: entertainment

I've been away from collating the past weeks in Brendan. Don't worry, there's plenty for you to slog through. So, take a deep breath, pour out a snifter of your favorite distilled bevvo, and take a look at all of these blog posts. The literally gleam with good things! And you know what would be better? If you - my loyal readers - wrote comments on them. Ah yes, that would be great.

So without further ado, and in no particular order:

2007 Year Of The Kitteh (my finest hour as a journalist so far)
Euro Youth Culture In Crisis? YouTube To The Rescue
The Record Industry Cranks The Volume Up To 11
Take A Deep Breath
Bye Bye Cheap Food Hello Global Poverty
A Digital Eulogy For An Analogue Institution
Patience In The Airport
Unraveling The Red Tape In China
Dialing For Intergalactic Dangers
100 Bites Of Tasty Trivia From The BBC
From The Stacks: Prism
How Lead Invaded Our Gasoline
Get Good Grades Get A Free Happy Meal
Gifts For People Who Don't Need Gifts
Enlightened Advice From Ask A Monk
2007 Was A Good Year For Soulless Robots
The Secrets At The Edges Of Our Solar System
The Green Building Of Youth

Final thought: when's the last time you heard a real live person use the word moribund?
Posted by Unknown at 12:58 PM 2 comments:

Email ThisBlogThis!Share to TwitterShare to FacebookShare to Pinterest
Labels: this week in brendan 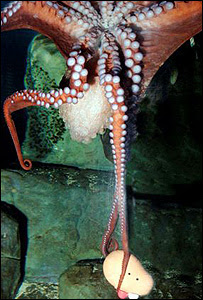 For real. An octopus loves his Mr. Potato-Head toy.
Posted by Unknown at 11:27 AM No comments:

Email ThisBlogThis!Share to TwitterShare to FacebookShare to Pinterest
Labels: octopus

A Fact About The Twin Cities: The Break-Up Cafe

Oren Snarkalopalis didn’t notice anything out of the ordinary about his restaurant, Gyros City, until it had been open two or three weeks. Then, the veteran restaurateur says, he picked out a definite trend. “Breakups,” Oren says. “Everybody always chooses my café for their breakups.”

Since Gyros City opened its doors in 1981, the cozy Greek restaurant has garnered an almost supernatural reputation as the site most likely for a couple to break up. Located in a quiet Uptown neighborhood between Harriet and 12th Street, Gyros City is constantly filled with couples—some men drawing shocked patterns on the red-and-white checked tablecloths, women gesturing with hands stuffed full of Kleenex—all of them breaking up. The tables are dotted with plate after plate of Snarkalopalis’ prized gyros left half-eaten. In the kitchen, Oren always turns the radio up as loud as it can go. “So I can’t hear the sobbing,” he explained.

Over the past three weeks I went into Gyros City about twice a day, and usually found myself the only single person in the whole restaurant. Everybody else was a couple, breaking up. Some had come from as far away as Edina. One couple I interviewed said that they had been walking by the restaurant and thought that they should pop in for dinner. “Then,” the unidentified woman sobbed, “as soon as we sat down, he starts telling me that he kissed somebody else at his office Christmas party. I mean, what am I gonna do? He met my grandma!” If a couple walks into Gyros City, it seems, they will break up.

The restaurant has built up an eerie reputation with Uptown residents. The phrase to go on a date to Gyros City is local slang for breaking up. Some couples will even test their relationships by going to Gyros City and trying to remain together. Few do.