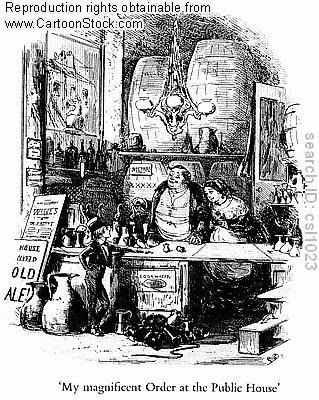 One of the most successful medicinal hoaxes of English-speaking history was perpetrated against the nascent Australian settlers in the mid-18th century. Posing as a Hindu yogi named Adulakar, the disgraced Scottish physician Dr. Sam Arkman sold a snake-oil cure for "recidivism, onanism, and malingering, used exclusively by the Hindoo Prince for upwards of three millennia, now for the first time available for purchase or barter to the White Man, whose industry has now made him a fit subject for this miraculous mixture, this potent brew, available for only 2d, or equivalent in goods or specie." Although the exact composition of Hindbrew, as the drink was called, is for the most part unknown, it was no more than a mixture of hastily distilled spirits, mud and tincture of semi-medicinal herbs. However, due to Dr. Arkman's intense charisma, and the penchant of the Australian people for drink, Hindbrew became a staple of the Australian landscape, only being removed from school lunches in New South Wales, for instance, in 1979. After a series of exposes by the Sydney Morning Herald, which bravely revealed the truth about Mr. Arkman and his popular cure in 1981, Hindbrew was quietly removed from the Australian marketplace, being replaced by an alcohol-free solidified substitute known as 'Vegemite'.
Posted by Unknown at 7:20 PM