OMG You Have No Life 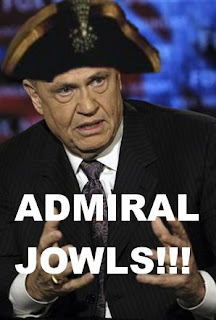 2) Iowa is boring. And there's nothing wrong in saying that: I lived there for four years and I can't remember doing anything at all. I'm serious.

3) I have as much chance to secure the Republican nomination as Fred Thompson does. I will hereafter refer to Thompson as Admiral Jowls. Because that name fits him far better than Fred Thompson.

Should someone go to the Iowa Straw Poll, in support of Admiral Jowls, and say:

“This is our Super Bowl,”

then that person is boring they have no life. I don't think that they should be talking with the media about their chosen candidate, because people will think that the candidate is as boring as they are. Especially if that candidate, like Admiral Jowls, is not even an actual candidate yet. And Mr. Garcia [who is the person quoted in the Times], you are so fucking boring that it actually hurts, and while I have never met you, I hereby issue a public apology to all of your friends, relatives, colleges and acquaintances who have had to sit through all your tectonic boredom all these years because they have suffered from a great national tragedy; namely, Mr. Garcia being a boring loser. Guys, seriously, start a support group. I know I'd join.
Posted by Unknown at 12:08 PM

Email ThisBlogThis!Share to TwitterShare to FacebookShare to Pinterest
Labels: politics