Learning Today: The Leap Day That Never Was 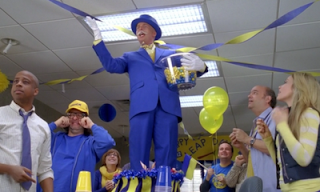 Under the Gregorian Calender, every four years we have a leap day, right? Break out the blue and yellow clothing and watch the Leap Day William movies on TV? Wrong.
It has taken millennia of tinkering to align this spinning rock of a planet to a calender that makes some sense, and the resulting rules have sometimes turned out a little weird. In addition to various leap seconds and minor corrections, the calender skips one leap day every hundred years. The year 1900 didn't have a leap day, and neither did the year 1800, and neither did 1700.
But those readers with memories that have remained undiminished by the modern preponderance of Google and doors will remember that year 2000 was a leap year. What gives?
Okay. Well it is true that every leap year in twenty is skipped. Except those that are divisible by 400. Like good old 2000. YOU ARE NOW BETTER INFORMED.
Posted by Unknown at 7:28 PM